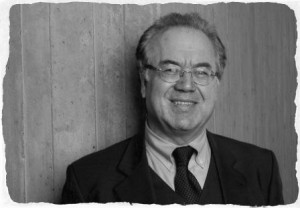 Bassam Tibi is Professor emeritus of International Relations at the University of Göttingen. He taught at this university from 1973 on until his retirement 2009. He is a native Syrian born in Damascus 1944 (he descends from the centuries old family of the nobility of Banu a-Tibi) and is since 1974 a German citizen. Pursuant to his retirement 2009 he served 2010 as the Resnick scholar for the study of antisemitism at the Center for Advanced Holocaust Studies/ CAHS at the United States Holocaust Memorial Museum in Washington, D.C. Hereafter 2011 he was chosen with no application for an appointment as the visiting Koret Foundation Fellow at Stanford University. However, he decided in 2012 to return to retirement.

Tibi is the author of the recent books The Shari’a-State. Arab Spring and Democratization (Routledge Press, 2013), Islamism and Islam (Yale University Press, 2012) and: Islam in Global Politics. Conflict and Cross-Cultural Bridging (Routledge Press, 2012) next to earlier nine books published in English in the USA. His comprehensive life-time work on Islam was published 2009 under the title Islam’s Predicament with Modernity. Religious Reform and Cultural Change by Routledge Press. His most recent book publication is the 2014-forthcoming 2nd edition of Political Islam, World Politics and Europe. (For more details see the book section)

Bassam Tibi was born and educated in an Islamic culture in Damascus. After the completion of his highschool education Tibi left 1962 to Germany for an academic training. He received his academic education at the University of Frankfurt where he obtained his Ph.D in 1971. Hereafter he was habilitated at the University of Hamburg to Dr. habil., that is the German Super PhD that entitles for a professorship. Tibi is often blamed for being Europeanized, though a Muslim educated in Damascus in Islamic schools. He combines his Islamic high school education in Damascus with a Western training in Social Science, Philosophy and History. At the Wolfgang von Goethe University of Frankfurt/Main he studied with his academic teachers there (Frankfurt School): Max Horkheimer and Theodor W. Adorno, in addition to Jürgen Habermas, Iring Fetscher and the psycho-analyst Alexander Mitscherlich.

In the years 1973 – 2009 Tibi served as the Georgia Augusta Professor of International Relations and director of the Center for International Studies with a focus on Islamology at the University of Göttingen parallel to years-long major appointments at Harvard and Cornell. Next to dozens of articles published in leading academic journals and encyclopedias Tibi is also the author of thirty books written between 1969 and 2009 in German and further eleven major monographs written in English between 1980 and 2013. The US-books were completed at Harvard, Berkeley Cornell, and lately Yale. Among his books in English is the classic: Arab Nationalism. Between Islam and the Nation-State (three editions 1980, 1990, 1997). Thereafter he shifted his focus to the study of Islam that resulted in the foundation of Islamology. His three major US-books are: First the Cornell-book: Islam, World Politics and Europe (Routledge, 2008) that followed his earlier UC-Berkeley monograph: The Challenge of Fundamentalism. Political Islam and the New World Disorder (1998, updated 2002, University of California Press) and third the Harvard-book Islam Between Culture and Politics (Palgrave, 2001, updated 2005). The highlight of this research is the book that reflects his thirty years long accomplishment in the study of Islam published under the title Islam’s Predicament with Modernity (2009 Routledge).

Tibi’s academic career began pursuant to his Ph.D with an appointment as an assistant professor and later on as associate professor at the university of Frankfurt 1971 – 1973. In the year 1973 he then was appointed full Professor with a tenure for International Relations at the University of Goettingen. At this university he served until his retirement 2009. A highlight of Tibi’s academic career was the appointment by a Royal Resolution of the Norwegian King Olav IV as the Professor of Comparative Politics being the successor of Stein Rokkan at the University of Bergen/Norway (1988). For purely family reasons (German wife) Tibi decided to accept the honor, but to decline the offer and to stay in Goettingen. In an appreciation of this decision by the then University of Göttingen President, a most decent scholar, the late Norbert Kamp, funds were provided for establishing the Center of International Affairs with a focus on Islamology. Professor Tibi served until his retirement as the Director of this center. The new approach of Islamology as a social-scientific study of Islam and conflict in society and in international politics was unfolded in a book trilogy published in German between 1985-1991. It was followed by a book trilogy on political Islam published in English in the US between 1998 and 2012.

Professor Tibi’s first international window of opportunity was the affiliation at Harvard in 1982; it was continued throughout the following two decades up to 2000. Prof. Tibi established in this context global networks for teaching and research in Islamology. The fruitful years at Harvard’s Center for International Affairs (CfIA) facilitated international networks that resulted in 18 visiting professorships and fellowships in four continents. These were not only in the United States (next to Harvard 1982-2000, Princeton 1986/87, UC Berkeley 1994, Michigan Ann Arbor 1988, and also Cornell 2005-10, finally Yale 2008/9), but also in the Middle East, West Africa and Southeast Asia. The honorary A.D. White Professorship-at-Large at Cornell University, USA – next to the Harvard appointment – ranks on the top. Next to the US Prof. Tibi taught in Turkey (1995, 1998), Sudan (1987), Cameroun (1986), 2003/04 in Switzerland (St. Gallen), 2003 Indonesia and 2005 in Singapore. Between 2005 and 2009 Tibi also taught classes at the Diplomatic Academy in Vienna on Islam and post-bipolar world politics.

On leave from Goettingen and Cornell he returned during his sabbatical in the academic year 2004/05 as a Visiting Scholar in 2004/05 to Harvard University. The appointment offered to him as a Senior Research Fellow at the Asia Research Center/National University of Singapore/ NUS induced him to give NUS priority to spend there the second half of his sabbatical 2005 there. The project “Religion and Globalization” was the inducement. Then followed the years at Cornell University 2005-10. The conclusion of Tibi’s career took place in the academic year 2008/09 at Yale University. This major visiting appointment, next to those between 1982 and 2000 at Harvard, in addition to Cornell, Princeton enriched Tibi’s academic career with these great ivy-league universities. The US-terrorism hysteria after 9/11 with the related humiliation of people born in Muslim countries at each US-entry alienated Tibi from the US with the conclusion to end this very rich part of his life for good.

Next to his regular teaching appointments, Prof. Tibi lectured worldwide at least in thirty universities in all five continents. In addition to Tibi’s records at most Ivy League universities he also lectured in the US at Stanford, UC Berkeley, UC Los Angeles, Denver/Colorado, Georgetown University in Washington D.C., and University of Utah/ Salt Lake City. He also lectured at various universities in the Middle East, North, West and East Africa, Central, South and Southeast Asia as well as in Australia. Between 1999 and 2001 he was in a row of three years among the Community of the Fellows of The World Economic Forum/WEF in Davos and to join the preparatory workshop for the Davos-meeting that convened in Cambridge/ MA, USA.

Prof. Tibi delivered a variety of prominent and most prestigious lectures such as The Bosch Lecture (Stuttgart 1994), The Global Village Lecture (Stockholm 1997), The Vienna Lecture (Hofburg/Vienna, twice 1999 and 2000) The Anne and André Leysen Lecture (Louvain/Belgium 2005), and many others. He also had the great honor to speak at the historical Paulskirche in Frankfurt am Main twice on the occasion of two historical events: First, at an BMW-Quandt-sponsered event after the Gulf War 1991 and second, after 9/11, 2001. These two lectures were directly fully televised.

Tibi co-authored many boosk viewed as important publications being the result of great international research projects. On the top of these is Tibi’s membership in The Fundamentalism Project of the American Academy of Arts and Sciences (published in five volumes in 1991-1995 by University of Chicago Press). Next is the Culture Matters Research Project/CMPR at Fletcher School (two volumes published 2006 under the title “Developing Cultures” by Routledge). Also The Human Rights Research Project at the Wilson Center in Washington D.C. is worth mentioning. It took place 1986 onwards until 1990 and resulted in the Brookings Institution book Human Rights in Africa. This kind of research is also documented in major encyclopedias such as Encyclopedia of Democracy, The Oxford Encyclopedia of Modern Islam, Routledge Encyclopedia of Government and Politics, Encyclopedia of Democracy and Encyclopedia of Non-Violent Action. The three more recent Sage Encyclopedias (2009-12) also include major entries by Tibi. These are:

In his career Tibi served and acted often beyond academia. Among others he was board member of many significant institutions and the recipient of many prizes. The then President of Germany, Roman Herzog, decorated him in 1995 with the “Bundesverdienstkreuz” First Class, this is the Cross of Merits of the Federal Republic of Germany. This is the highest Medal of the State of Germany. It was awarded to Prof. Tibi for his accomplishments, in particular for his mediation between the civilizations. In 2003 he received at the elite school ETH in Zurich the annual prize of the Swiss Foundation for European Awareness. He was also board member of CIVIS Foundation of the German ARD television and was earlier on the board of the Bosch Foundation for the promotion of leadership in postgraduate training/ The Bosch college. He served as an elected member of the Goethe Institute Assembly for five years.

Throughout the 1990s he was a frequent contributor on Islam and the Middle East to German media (ZDF Television) and print media, among others for Frankfurter Allgemeine Zeitung (1987 – 2000), Der Spiegel (1992 – 2000) and Focus. His articles appeared also in other newspapers and weekly journals in Germany, Switzerland and Austria. By and large, Tibi was between 1990 and 2005 an opinion leader in Germany on Islam, on cross-civilizational bridging and in particular on Islamic migration to Europe as well on the integration of Muslim migrants to “citizens of the heart”. He unfolded herefore the concept of European-Islam (Euro-Islam) as a value-system (Leitkultur) for Muslims living in Europe. As a born Syrian Tibi migrated to Europe to flee despotism and enjoy as dissident the freedom of speech. The fact that Tibi’s views are not in line with the prevailing European and American narrative on Islam, Islamism, migration, multiculturalism and Middle Eastern politics resulted in sidelining Tibi to the extent of exclusion and silencing of an earlier opinion leader. Tibi reports about this in his article “The Islamist Venture of the Politicization of Islam to an Ideology of Islamism: A Critique of the Dominating Narrative in Western Islamic Studies” published in the journal Soundings (The Pennsylvania State University Press) 2013, issue 4, pp. 431-449.